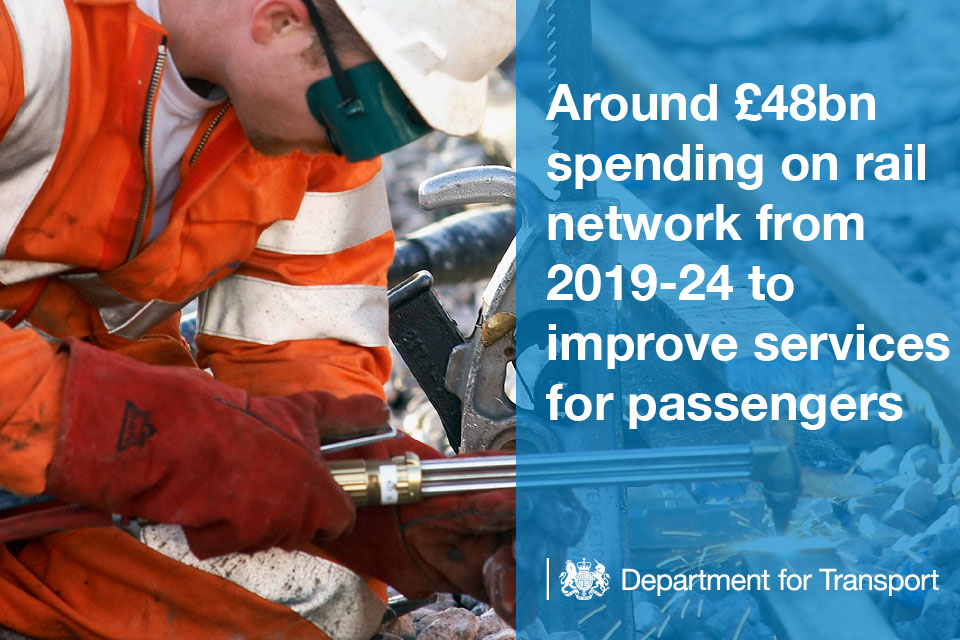 He set out the next round of rail funding, announcing that around £48 billion will be spent on the network over a 5 year period, from 2019 to 2024, including more maintenance and a huge uplift in renewals to increase reliability and punctuality for passengers.

The funding comes on top of record rail funding over the past 5 years as the government delivered the biggest rail modernisation programme for over a century.

And the Transport Secretary confirmed there will also be a new funding process for major upgrades and enhancements which will provide more rigour in investment decisions to make sure public spending best meets the needs of passengers and freight.

This government is continuing its record funding in Britain’s rail network.

As a commuter, I know how frustrating it is to be delayed by problems on the line. Passengers want a railway they can rely on and that’s where this huge investment will make a real difference to their everyday lives – by renewing more tracks earlier and increasing maintenance to deliver far better services.

This investment is about boosting reliability and punctuality for millions of journeys, and we will do this alongside building major upgrades around the country and delivering new, faster, more comfortable trains.

The Statement of funds available for the rail industry continues the government’s record investment with a direct grant of up to £34.7 billion for spending between 2019 and 2024. Total spending will be around £47.9 billion once Network Rail’s expected income is calculated and added to the pot.

Today’s announcement includes funding for the early stages of developing new rail schemes. But, in a departure from the previous approach, the government will allocate funds separately for major upgrades following a new process to ensure they are deliverable and secure the best value for money for the tax payer. This new process will be set out in more detail later this year.